Why I’ve Changed My Attitude towards Engineers

My inner curious George has been hyper-active over the past few months. The engineering feat developing opposite my kitchen window pulls me and my iPhone camera out of the house on Saturday afternoons. 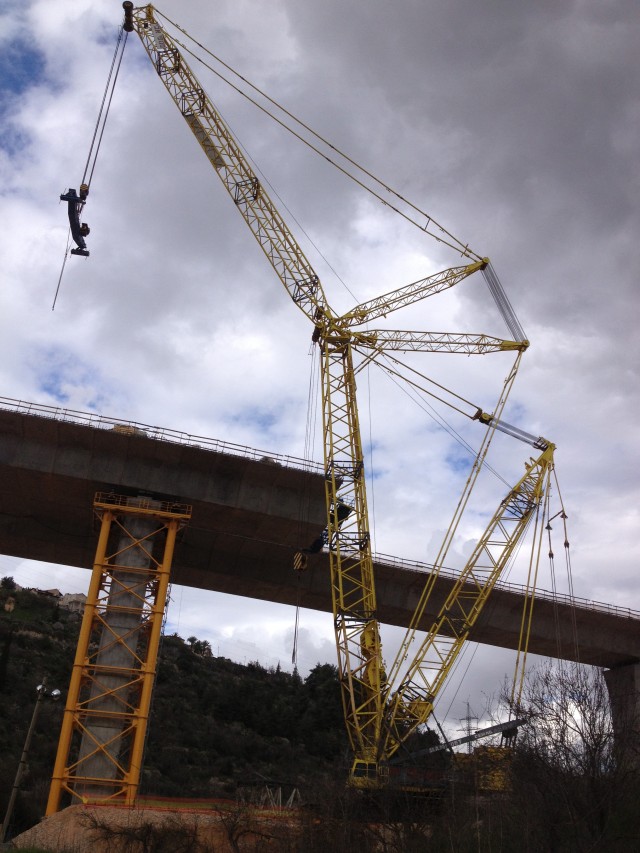 I’m documenting the building of the new Highway One at the Motza curve for my grandchildren, who still love steam shovels and other large vehicles the names of which I know not, neither in English nor  Hebrew. Visiting the building site is like a trip to the zoo and the museum all in one. The machines, with a little imagination, resemble dinosaurs; the colorful use of triangles, circles and squares would feel comfortable in any pavilion of modern art.

As a young woman I thought engineers were square. They stubbornly kept their hair short in the mid-sixties, when guys in Eng. Lit. and art history boasted shoulder-length locks. They wore ivy-league shirts, when poets and artists wore dirty t-shirts that said Make Love Not War. I looked down upon the clean-shaven engineering students, but not anymore. Today I have nothing but respect for engineers. They have concrete dreams and know how to make those dreams come true. How else can you explain the amazing work being done at the Motza interchange, where a road is being built high in the air to avoid a curve in the damp landscape below? 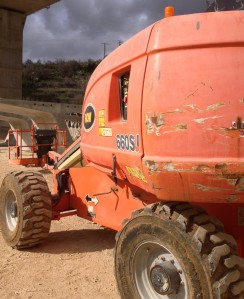 Maybe engineers had this reputation of being square because they spent too much time drawing geometric shapes. But what does it matter? They learned how to design and build bridges and roads, structures that, hopefully, will pass the test of time, missiles, earthquakes and whatever other disasters await us here in the valley west of Jerusalem.

The designers of the new Highway One  have ignited my curiosity with their colorful equiptment, knowledge of rock and wind, daring and diagrams.  All I can diagram is a sentence. I salute the engineers  building this project, right in my front yard, to the delight of thousands of drivers who  curse the current road leading up to Jerusalem and to the dismay of deer and jackals who are losing a foothold in the valley of concrete. I hope some professional  film maker is producing a movie  to document  the construction of  the new road.  All I can offer are a few amateur shots from an iPhone. 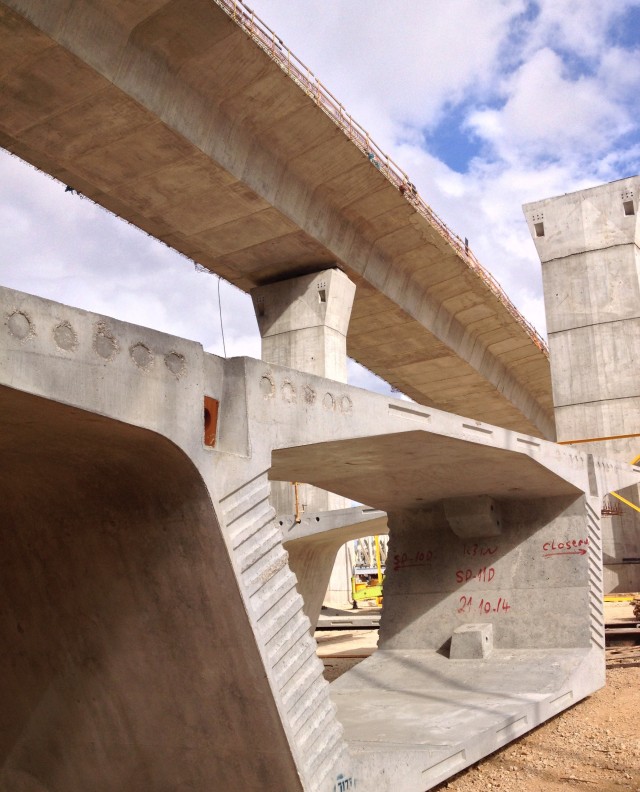 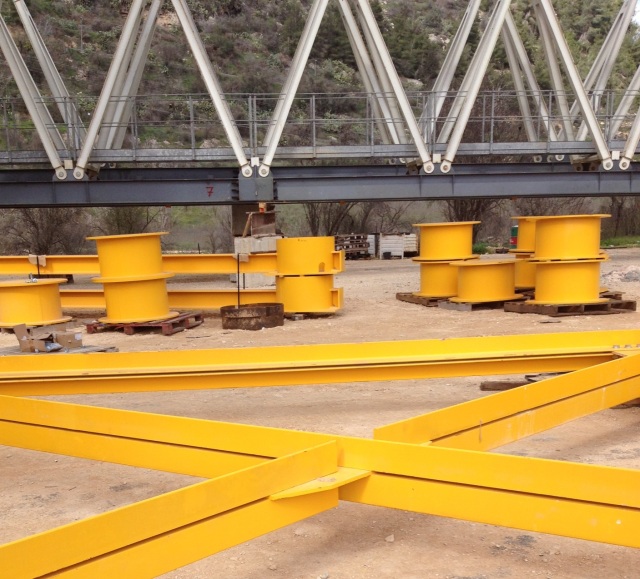 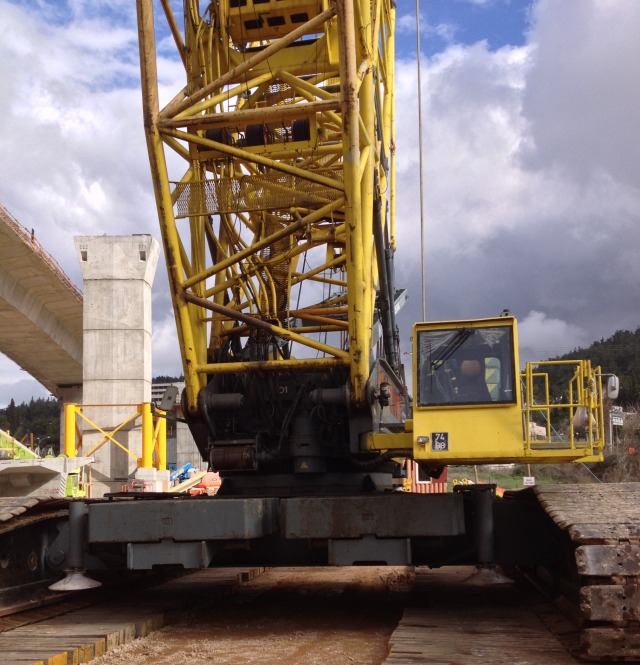 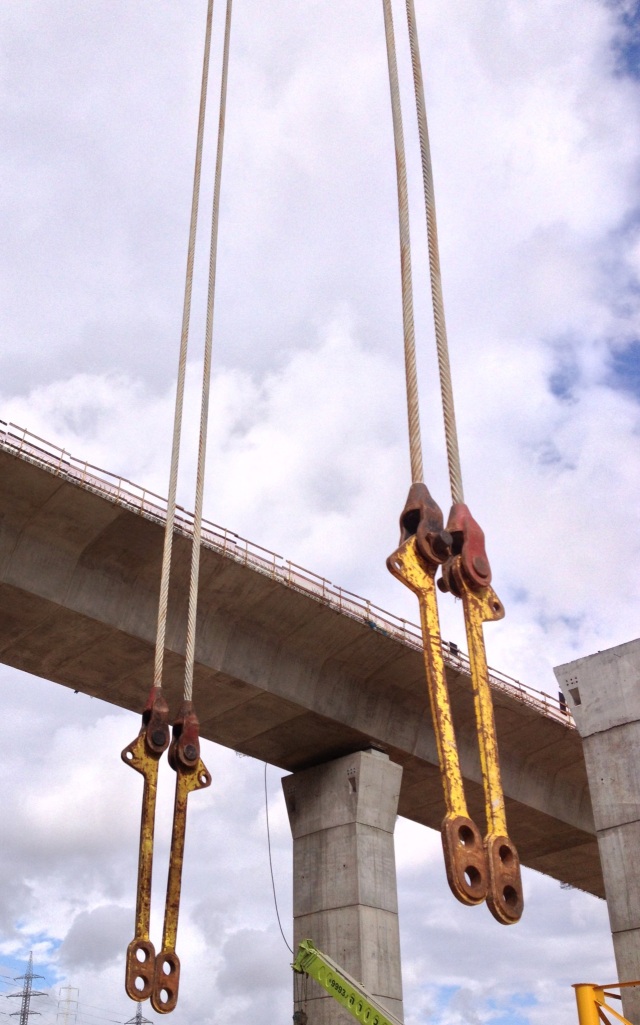 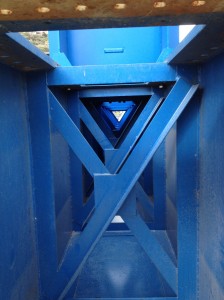 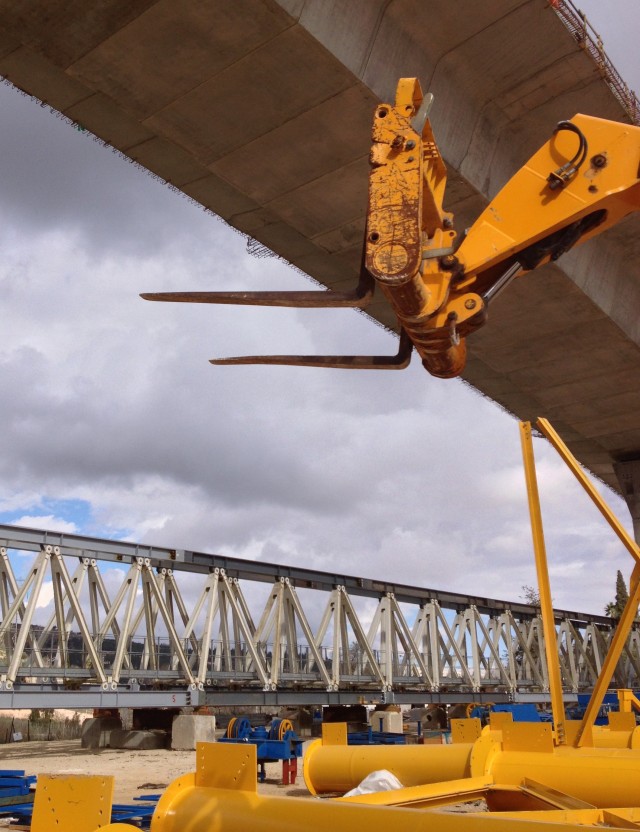 May we all dream big colorful dreams in 2015 and, like engineers,  figure out how to achieve them.

I'm a writer and teacher of writing.
View all posts by Judy Labensohn →
This entry was posted in Uncategorized and tagged Highway One. Bookmark the permalink.

6 Responses to Why I’ve Changed My Attitude towards Engineers