Bring Out the Cocoa

Once I realized that my nose surgery was not going to deform me forever and that I didn’t care if I had an unseemly blackish-brown scab the size of a shekel on the side of my nose, I buckled down to finish my memoir. In November 2014 I had sent An End to Mourning to an editor who put in comments using Track Changes. She sent it back in December. For the last three months, like an ant carrying one seed at a time from one side of a field to the other, I have been plodding (and plotting) through the text. I have been uncharacteristically ambitious and determined to get the thing done, out of the way, off my desk and my desktop. This morning it happened, I sent the manuscript back to the editor!!! She will now put in my corrections and rewrites and send me back a clean copy, I hope.

Recently, I read a quote by someone who said there is a difference between writing a memoir and having written a memoir. I am pleased to be in that second category. I wrote a memoir. Amen. Halleluiah. Pass the brandy. Bring out the cocoa.

For me having written a memoir means I have a usable past. I have a story that works. I can connect the dots between Cleveland, Ohio and Jerusalem, Israel. What my unconscious has known all along for the past five decades now makes sense for my conscious mind as well. The dots are on the page. It is out of my body.

Having the plastic surgeon scrape that cancerous glob out of my nose provided the perfect metaphor for what I had been doing for more than thirty years. It took the doctor no more than ten minutes to clean out the stubborn, tenacious cancer, which had probably been growing in my beautiful, straight nose since 1959 when I had radiation treatments for acne. (This was not an uncommon method of treatment in 1959.) Or maybe the cancer started in the summer of 1953 when, as a child of eight, I swam in the pool at the country club for hours on end, the sun burning my fair skin red.

The cancer in my psyche took more time to locate and extract—thirty-five years, give or take.

Now I am free. Even as I sit here in my house with all my heaters on full force, I feel excitement and anticipation towards the coming Spring. I want to do something new and outrageous, after so many years of obsession. Now the obsession has a home in a book and I am free, free, free. Whether or not An End to Mourning finds a publisher, writing it has achieved its goal. It has given me a life, a past, a story. The rest, if it happens, will be the marshmallow in the cocoa. 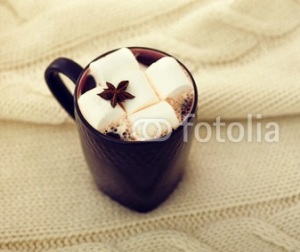 I'm a writer and teacher of writing.
View all posts by Judy Labensohn →
This entry was posted in Uncategorized and tagged An End to Mourning, memoir. Bookmark the permalink.

25 Responses to Bring Out the Cocoa