The Place Is What Will Happen

Last night I dreamt of a stone house. Yes, the house had a door and I walked in, startled by the stark emptiness, neither a table for clutter, nor a chair for sitting, just thick stone walls, stone floor and stone ceiling. “How important is place/ setting?” Ron Carlson asks in Ron Carlson Writes A Story. “It is essential.  As we know, nothing happens nowhere. The place many times is what will happen.”

This empty place in my dream was like a blank piece of paper, ready for story, but I, the dreamer, was not yet ready. I walked into one room in the house where learning was going on, but I did not know who these people were and what I wanted to learn.

The house reminded me of those I photographed on the renovated 1908 founder’s street at Kvutzat Kinneret, several weeks ago. In a space with little clutter at the southern tip of the Kinneret, pioneers in their twenties founded the beginnings of the organizations that would grow into the State of Israel. 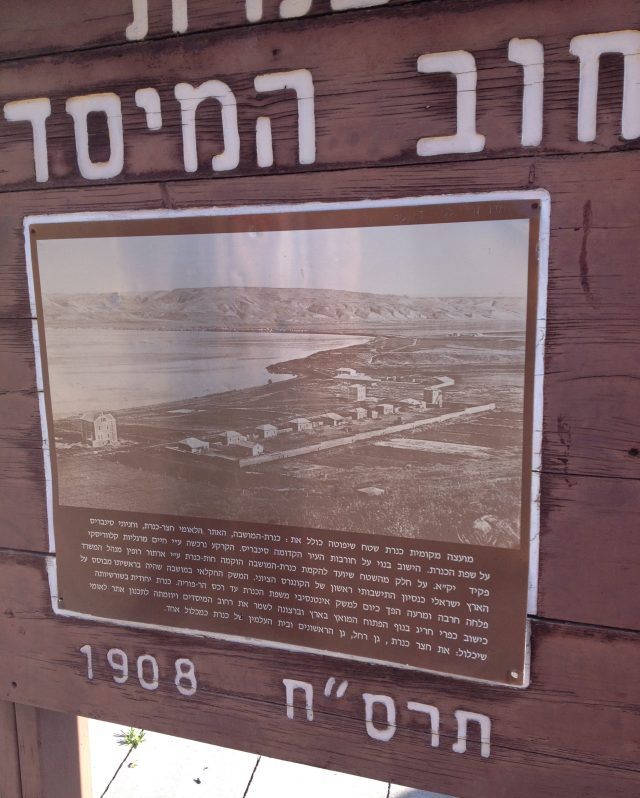 What was this house with one open door from last night’s dream? I expected closure from age seventy, but instead I am open and wandering, empty and wondering. The house is waiting for something to happen, or maybe this is what will happen. I will enter an old/ new space and learn something old/ new.

Going to the alternative memorial service on Erev Yom Hazikaron was also like falling into a dream. The event was organized by Combatants for Peace—an NGO of former IDF soldiers and Palestinian militants who realized that peace will not come through the barrels of guns—and the Forum-Palestinian Israeli Bereaved Families for Peace—an NGO made up of Arabs and Jews, Israelis and Palestinians who realized that the conflict between us will not end until we talk to each other ( זה לא יגמר עד שנדבר   Zeh lo yigamer ad sh’nedaber.).  The event took place at Heicahl Kvutzot Shlomo, a new sports stadium in north Tel Aviv that seats 3,600 spectators.

To a packed house bereaved mothers and sisters, brothers and fathers shared their stories of grief and renewal. The silence was intense, the pain palpable. Song and poetry, dance and rap followed each personal story. There were no ideological pronouncements or nationalistic slogans, no flags and no anthems. There were only true stories of love and loss, and the recognition that tears are tears, blood is blood and pain is pain.

Being in that stadium where Hebrew and Arabic were spoken and sung and translated simultaneously was such a relief after so many years of national bullying and empty slogans (i.e. One People, One Nation). There was no blame and nobody argued about who shot first. There was only compassion for our shared fate that does not necessarily have to be our fate, perhaps, if more of us learn to listen and talk to each other. For the first time in years, I felt hope.

The bereaved parents and siblings who shared their personal stories on Erev Yom Hazikaron in the alternative ceremony are our reconnaissance mission.  Over the years their walls of hatred have fallen. They persisted in talking to each other, because they knew there was no other way to go on living. Now, ten and twenty years later, Jews and Arabs stand side by side to share their message and their stories.

These are the people who inspire me.  They teach that when we share our personal stories, rather than spout the frozen national narratives, something melts within. The voice of compassion and pain can be heard, chipping away at inner walls. A door opens.  A space reveals itself, waiting and ready for new life. This is the place that will happen.

12 Responses to The Place Is What Will Happen